If you’ve ever had symptoms of vertigo before I’m sure you’re aware that it can be very unsettling. There are a number of causes for the symptoms of vertigo and dizziness, however the good news is that it often isn’t serious and a common cause for vertigo can be treated very quickly and effectively without the need for medication.

Our inner ear makes up part of our vestibular system (or balance system) and can be responsible for causing symptoms of vertigo. Within both the left and right ear there is a small structure made up of 3 canals which is responsible for sending messages to our brain about where our head is in space. These canals are orientated in 3 different directions so they can detect all different types of head movement: forwards and backwards, left and right and up and down.

Issues arise when the canals within one or both ears become blocked, or the message sent from the canal to the brain is affected.

How can the canals be affected?

For reasons not fully understood yet there is a build-up of calcium crystals within one or more of the 3 canals causing a blockage and incorrect messages to be sent to the brain which cause vertigo. The canals can also be affected by an increase in fluid or inflammation in the ear from an infection or viral illness.

It is also important to note the nerve responsible for sending the message from the canal to the brain can also be affected by inflammation or a growth pressing on the nerve.

So, what are the symptoms of vertigo?

Although symptoms may be very unsettling, they can somewhat be hard to describe. Commonly reported symptoms are a sensation as though the room is spinning, or you may feel as though you are moving when you’re still. You may also feel lightheaded, unbalanced or nauseous.

How can physiotherapy help Vertigo?

At Apex Physiotherapy a qualified physiotherapist will ask you a number of questions to first rule out any serious causes of vertigo. Some of these questions may be about how long your symptoms of vertigo persist for, if symptoms are brought on by certain head movements such as laying down/getting up from bed and if you have any other symptoms such as fullness of the ear, hearing loss or tinnitus. It may also be important to report if you’ve had any viral illnesses in the last 2 weeks.

Next, based on what you have reported a physical assessment will be done to determine if the canals in your ear are blocked and therefore causing your symptoms. If so, a hands-on manoeuvre can be performed to fix the problem. Simply put the treatment will relocate the calcium crystals within your ear canals so they are no longer blocked. This is an incredibly effective treatment however it will temporarily bring on your symptoms of vertigo. 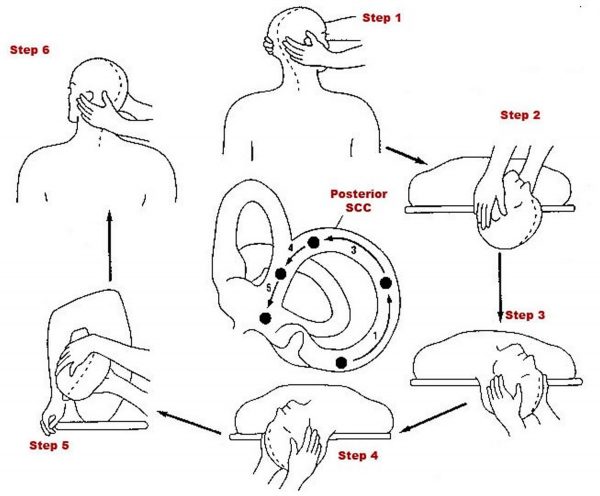 For other causes of vertigo, not related to blockages in the canal, there are a number of exercises that are designed to help balance out your vestibular system and reduce your symptoms with a bit of practice. These exercises are basic balance exercises and head movements which can be performed in the comfort of your own home